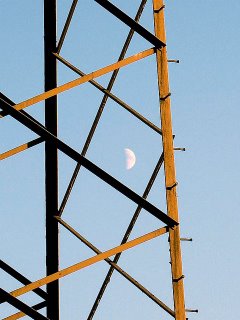 love that
capture of the moon

clever may be, bu still not enough to reach the moon :o)

Interesting, I hadn't thought of the Moon as feminine...is "moon" feminine in Slovenski?

masago - there are in fact two synonyms for the moon in my language; one is "mesec" which is masculine (and also means "month"), and the other is "luna", which is feminine, and is also the name of a roman moon goddess (also known as selene in the greek mythology).