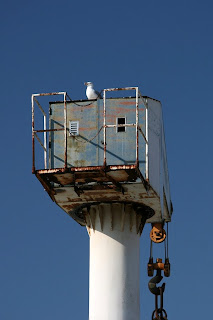 LOL! Apparently nobody told the pigeon that that's a crow's nest.

sometimes it helps to enlarge the photo - as i reckon you have discovered soon enough, devika ;)

a pigeon in a crow's nest? i guess one of us needs glasses...

spot on, rakesh (although i can't possible tell the bird's gender). and quilly has the best comments (well, sometimes at least)